As AMD and Intel push more and more of their processors out of the factory, less room for overclocking is left for end users. One area where there is still a lot of room for maneuver is the core memory, such as DDR3, DDR4 and the latest DDR5, where there are parameters such as clock frequencies, timing Voltage and voltage can be adjusted for higher performance.

For those who do not want to overclock, Intel has long had something called Extreme Memory Profile (XMP), which was updated with the Core 12000 series “Alder Lake” to version 3.0. In practice, XMP means memory manufacturers can offer memories with predefined profiles, which users can easily enable in BIOS/UEFI to get better than usual performance, without the need for manual overclocking.

When the popular monitoring software hueninfo Updated, initial support for AMD RAMP is added, as per computer base (German) is an acronym for Ryzen Accelerated Memory Profile. The basic concept is the same as for Intel XMP and is intended to be a competitor to the new XMP 3.0. AMD already has A-XMP and AMD Memory Profile (AMP), which, however, received a lukewarm reception from partner manufacturers. 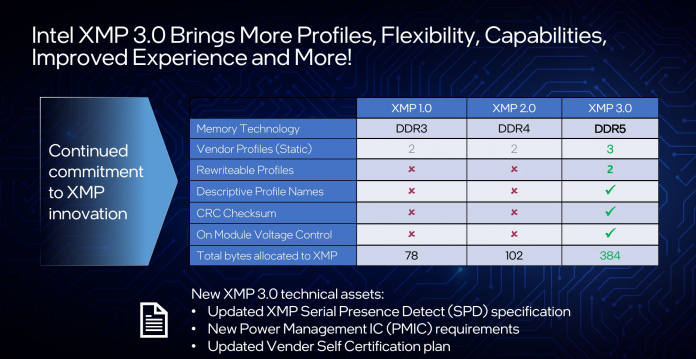 For reference, Intel XMP 3.0 provides manufacturers with more configurable profiles than before, three instead of two. However, the big news is about two other profiles that are available to experienced end users. Both profiles can be used to create your profile and then saved to the same memory sticks.

Details about RAMP are few, but the profile functionality will likely be released first for DDR5 and AMD’s upcoming fully audio Zen 4 architecture in the Ryzen 7000 series.

Have you ever used Intel XMP or do you always overclock your memory on your own?