Next in one line Update Zen 3’s architecture triples in L3 cache, which would be the last sigh of the old AM4 base. Then AMD turns the page with AM5 to introduce a number of new features not the least of which is the fourth iteration of Zen architecture, with which the existing 5nm fabrication and performance are improved.

In regards to celebrating five years of AMD with Zen architecture, AMD confirms many details about the AM5 socket and strikes a solid reputation. Several independent reports indicate that the socket as well as the Zen 4 architecture will be without support for PCI Express 5.0, and the information that AMD is advertising is completely incorrect. Less surprisingly, the company also confirms support for the DDR5 memory standard.

Intel will soon launch the “Alder Lake” family of processors in the Core 12000 series, which will be the first to offer both PCI Express 5.0 and DDR5. To make this possible, the number of contact pins on the processor housing increases dramatically from the current 1200 to 1700, which in turn means that the physical size of the processor grows by 20 percent on a single joint.

Radiator manufacturers have already announced that they have developed new assembly details for upcoming Intel processors. This has led to cheer and concern among enthusiasts, because the contact surface of today’s coolers will not completely cover the processor heat sink (IHS). Here, AMD gives Intel a boot between the lines and promises full compatibility with coolers that support AM4. 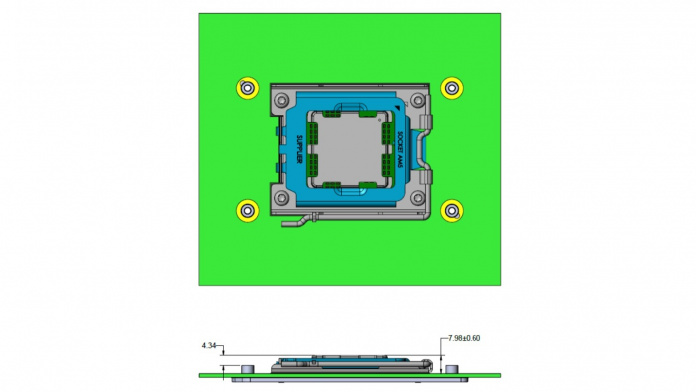 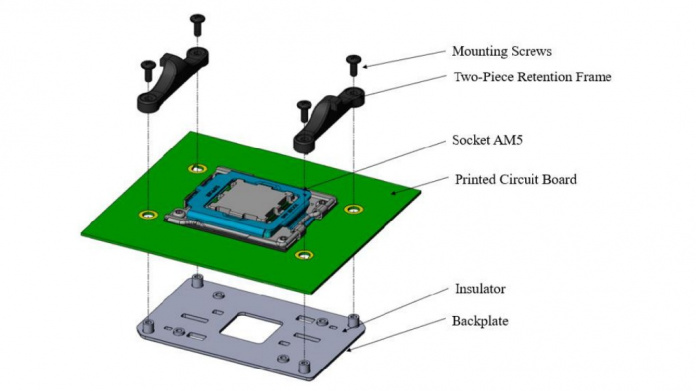 The number of communication pins in the AM5 is currently rising from 1331 to 1718, which also reasonably means that AMD has to increase the physical size of the processor. However, AMD promises cross-compatibility that can be explained by previous information about the unconventional design of the processor heat spreader with cut-out sections that leave room for surface-mounted components. The large center section of the heat spreader can hold the same size as today’s processors.