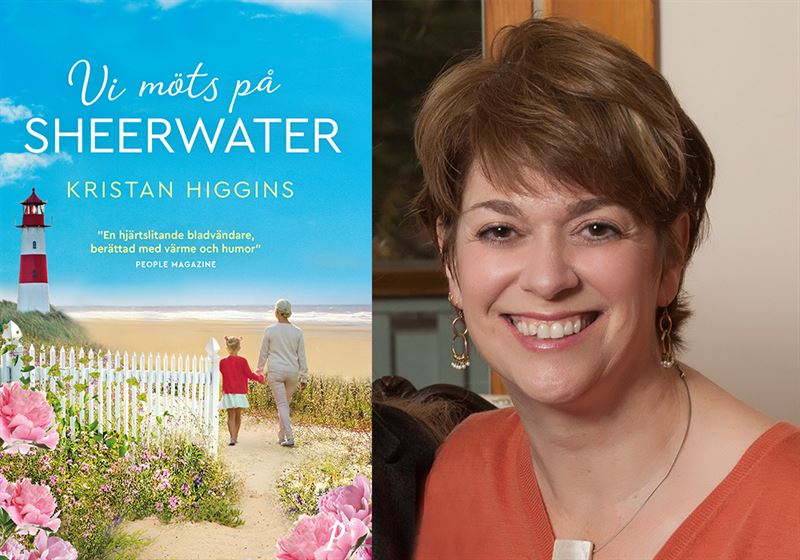 About the book:
Genevieve London was lucky in many ways. During the more than seventy years of her life, she has managed to build a huge fashion empire, and she lives in Sheerwater, a large mansion in New England. But she also had difficulties – her husband died prematurely, and her youngest son disappeared without a trace.

Emma London never thought she would talk to her grandmother again. When she was a teenager and her mother died, her father left her with Grandma Genevieve. At first, Genevieve took care of her, but when Emma got pregnant, her grandmother chose to expel her.

Emma London is now living the good life with her beloved daughter Riley. But when one day Grandma Genevieve asks for help and asks for help, everything changes.

We meet at Sheerwater It is a captivating and funny family depiction of American reader favorite Kristan Higgins. Here, betrayal and grief mingle with new opportunities–an integral part of idyllic New England environments.

About the author:
Christian Higgins has written 21 novels, which have been translated into more than twenty languages ​​and have sold millions of copies worldwide. She is also the proud daughter of a butcher and a laundromat, and lives in Connecticut with her husband a firefighter, two children, two active dogs and just the occasional social cat.

Printz has previously published three novels by Higgins: Home of Scooper IslandAnd the On the other side of the Hudson River And the Back to Stongham.

Prentice Publishing started in the fall of 2010 and publishes Swedish and foreign fiction and nonfiction books. Publisher managed by Anna Levan and Christopher Holst. “The idea of ​​Printz Publishing is to publish books that we lack in the bookstore, books of the kind that we call entertainment. “Happiness stories that are easy to access, but also well-written and clever — preferably fun,” Anna and Christopher say. The publisher publishes translations of some of Britain’s greatest authors and among the books are bestselling novels one day by David Nichols and life after you by Jojo Moyes.