A smart curtain, for example, can go up when you wake up and want to let the sunlight in, it can be controlled with a timer, an app or a sound and it can even turn on, for example, when the sun comes up. This is a smart roller blind from IKEA Tredansen.

The curtain has a battery that you charge with the included charger. Instead of being pulled down or up, as with a manual curtain, there are buttons directly on the stand at the top that control the curtain. There’s also a remote control so you can pull out the curtain while you’re still in bed, for example. Button up and button down on both the remote control and the curtain itself, but the smart thing here is of course that there are other ways to control. A wireless gate from Ikea is required to make the curtain smart. It’s the same gate you also use for your Ikea smart bulbs, for example. Everything is then handled from the Ikea mobile app and from there the entire package can also be connected, for example, Google Assistant.

Once I start all the parts it works, but the road is a bit complicated. This was also the case a few years ago when I tested my first IKEA smart blind, so apparently these are childhood illnesses that seem to persist. The first message the app sends me when I need to connect the curtain is that the curtain was not found. The error message provides options to try again or pair with the remote control. The first unsuccessful attempt to add the remote ends with the options “try again” and “start over”. After a number of failed attempts with this, I first get a message saying it failed, then a box appears over the error message that instead claims that the remote is connected. The curtain will also appear in the app soon, but it cannot be controlled. After a few minutes and after repeated trial and error all the parts came to life and I could control both via the app and via the Google Assistant I connected to the Ikea app and the remote. It was the same as the last time I tried. After two failed attempts without explanation, it suddenly works. Then the fun begins. 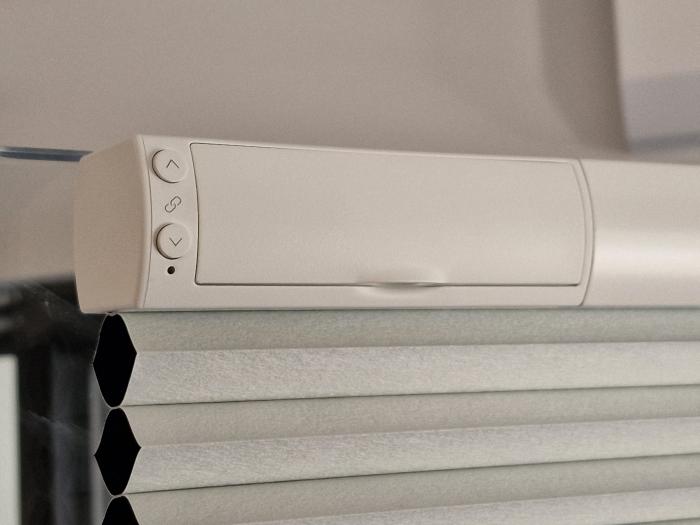 In the Ikea app, you can control the blind directly, but you can also set timers. Let the curtain rise when you wake up and come down when it’s time for bed, for example. The timers can also be more frequent and in number so you can stay dark in the dark, preferably a little longer on the weekends if you want to get up in the morning. In addition to fixed times, it is also possible to specify an activity related to the time of sunrise or sunset.

The curtain itself is pleated with hollow spaces when it rolls and darkens well. The motor that pulls the curtain up and down runs slowly but steadily and when the battery is discharged it charges with the included charger which also acts as a signal amplifier via a connected box if you have a long distance between the curtain and the cover. Wireless gateway Ikea Wireless.