In the camera and photos Previous Test of EIZO CG2700S We have taken a closer look at all the features in that particular screen. This CG2700X monitor, with the name “X” at the end, has many similarities to the S version: the same design, the same basic features – but also with additional features that can make it easier to classify or process 4K video.

Many of the new features of EIZO’s ColorEdge monitors we’ve been through in this test are not only useful, but also allow you to save time and space with the built-in hub function to get fewer cables on your desktop, which also makes it easier to connect your laptop You, for example, if you frequently connect and disconnect a computer.

Thus, the EIZO CG2700X is the second new model in the professional CG series created for creators who want to completely abandon the idea of ​​whether the monitor is calibrated, displays the correct colors or is set correctly. For this, it uses the built-in calibrator that ensures exactly that. 27 inches (or 26.9 inches as it really is) is also a well-used size that many photographers think is big enough for your workplace, the possibility of well-planned screen space in the programs you work with and space for tools on the side in, for example, Photoshop or Lightroom or Indesign.

Version X also has a higher resolution, which means that you as a photographer can link to high-resolution material such as a video, to see how detailed the image actually is. The same, of course, applies to those who edit photos, but you should keep in mind that in a 1:1 pixel ratio the image is rendered in a smaller visual size on the screen as the pixel density is much higher at 2700X: 164 ppi versus 109 ppi at a speed of 2700 seconds. 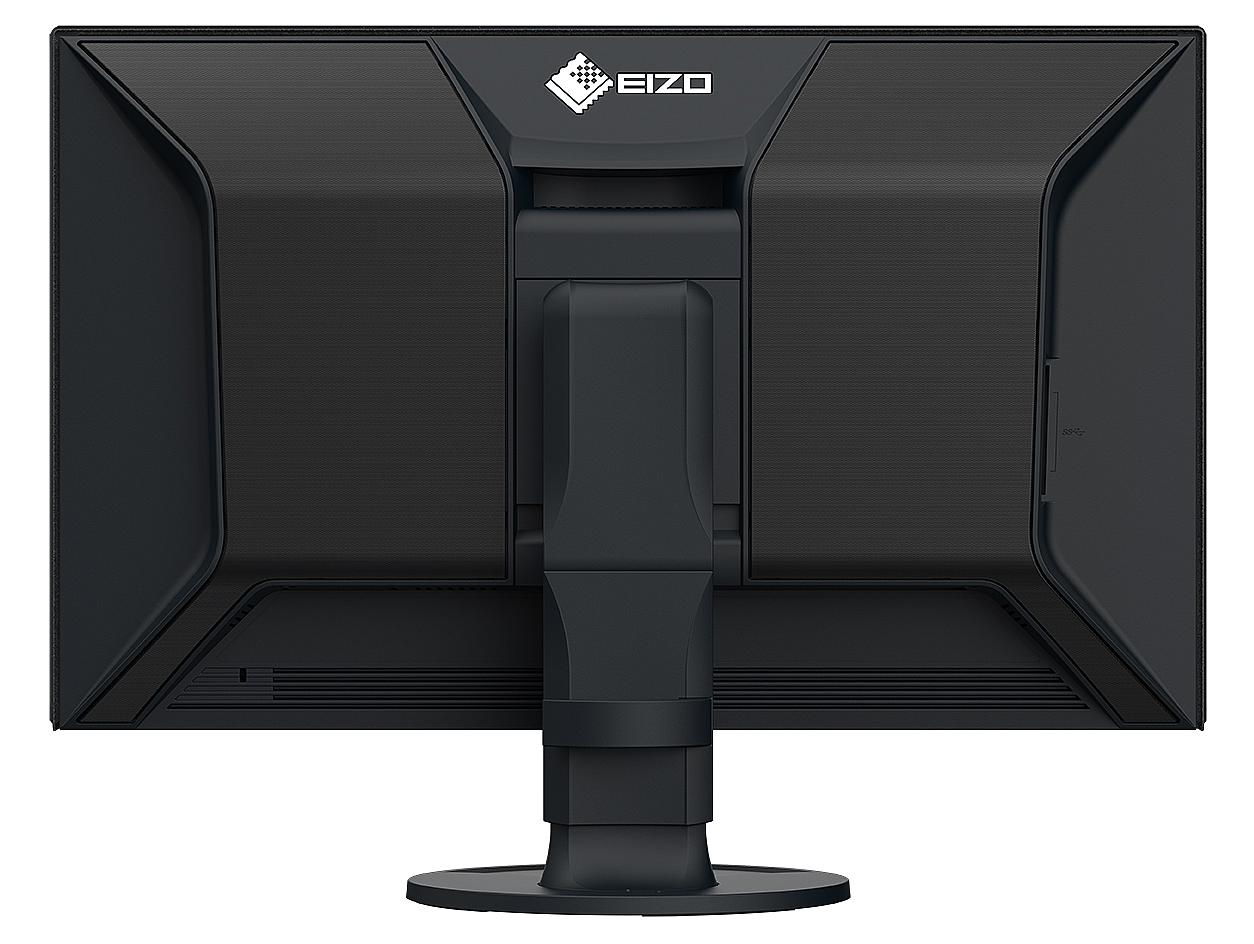 This is certainly not a defect, for example, Photoshop can be set to display images in a “normal” way, the same applies to the size of the operating system, for example, if you think that the icons are too small and at high resolution compared to a 27-inch screen that does not have a high resolution.

The EIZO CG2700X also has an IPS panel. Contrast ratio 1450:1 (compared to 1600:1 for CG2700S). Color management is done with 10-bit color depth color management with a 16-bit 3D lookup table and covers 99 percent of AdobeRGB and 98 percent of the DCI P3 color space. HDR also has support via HLG and PQ, as well as a power consumption of 65 watts, which is a difference from the low-cost S version with its lower 17 watts.

The EIZO CG2700X features a new design compared to its predecessor from EIZO. In addition to a truly high-quality design, an added advantage of both this model and the 2700S is the built-in capabilities for connecting peripherals, which also makes it easy to tidy up your analog desk.

The future now lies in a single cable that handles most communications. A USB C cable between your monitor and your computer, you can handle most needs for your workday, like Ethernet which you can now connect directly to your monitor, and various peripherals for USB connections like a tablet or memory card reader – everything connected to a monitor that acts as a hub against your computer. With USB PD available up to 94W, or “Power Delivery,” you can also charge your computer through the same cable. With the 2700S, the maximum power output is 92 watts.

There is a USB C socket on the bottom side with HDMI, DisplayPort, Network and USB Type B sockets. On the left side are also four standard USB ports, two of which are USB 3.1 Gen 1 and two USB 2.0. Here we would also like to see a USB C socket available.

Thus the new design was created to withstand heat from the power outlet to the USB C ports while maintaining surface consistency for accurate and true colors over time. The new hole design on the back of the screen plays a big role, and even if you don’t see it in normal use, it seems to do its job of spreading heat away from the panel – something that can affect color stability. .

The temperature sensors in the screen have successfully solved the problem of color stability, so you can be sure that the image and colors are displayed correctly and are the same on the screen for a long time, which is very important to adjust, for example. whole section. Another function that can also be used is the Digital Uniformity Equalizer, a function that corrects local changes in color rendering and brightness at different places on the panel. 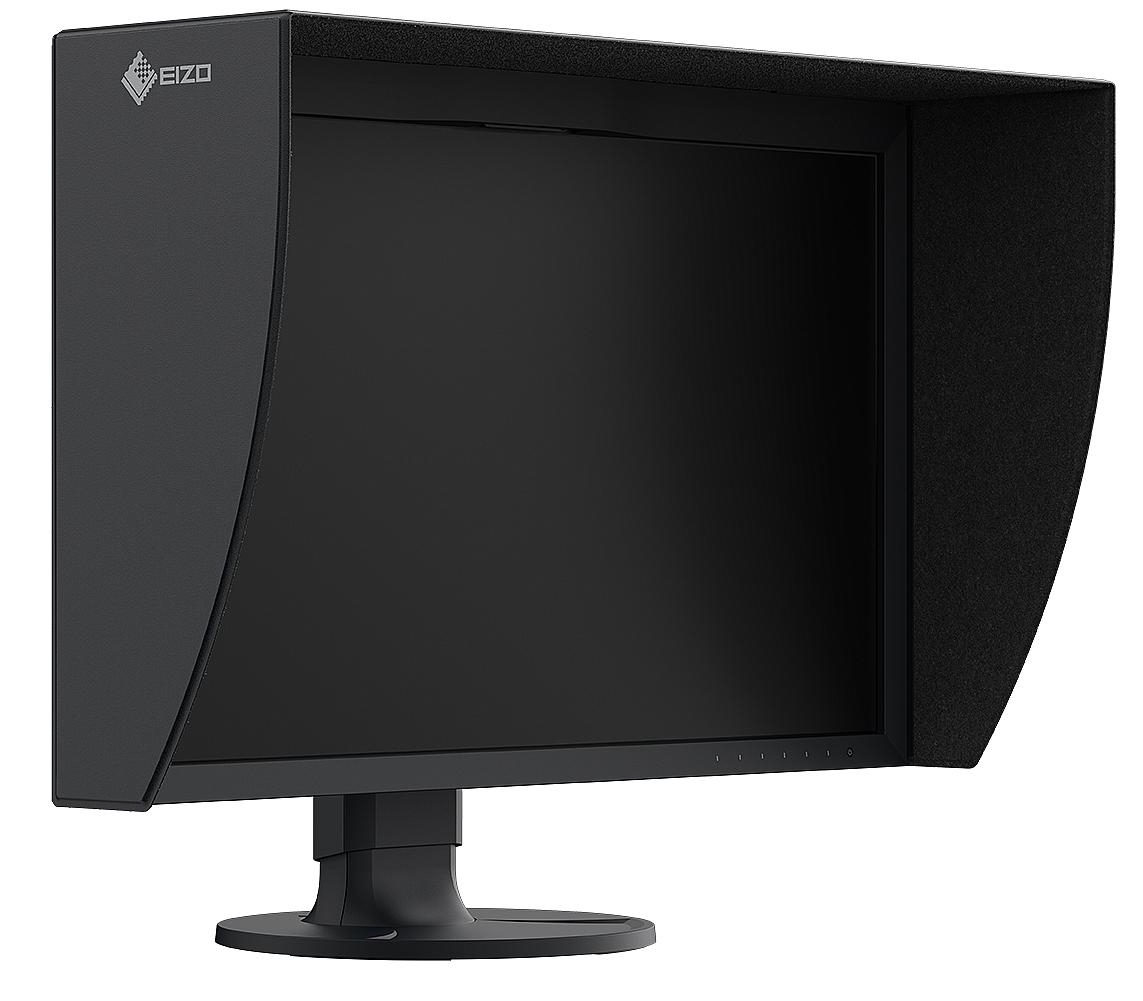 There are usually limitations on how to adjust or adjust the angle of the screen, but with the CG2700X it is possible to adjust the exact height (up to 155mm) or tilt (between 35° backward and 5° forward) and 344° swivel to the sides. For those who have, for example, a desk that can be height-adjusted where you can adjust the monitor depending on the working situation, this is really good. Of course, the screen can also be rotated 90 degrees for selfies.

Reflections are also something that a professional photographer and color manager will want to contend with. This is with the 2700X and also the magnet-type 2700S, which means it easily ends up in place without hassles, which is clearly an easy to handle build. his painting surface. The matte body, which in turn ensures that reflections are also reduced, compared to the glossy screen surface. The surface is pleasant to look at, and does its job well at darkening the reflections from the incident light. The biggest difference between a screen that has a lower resolution than 4K is the ability to look at details up close, which also gives a great feel in the images you’re viewing. Detail reproduction gets a boost, and if that’s something that still appeals to those who edit still photos, the 4K version, the CG2700X, could be an advantage over the CG2700S.

Perhaps the most important advantage of rating professional films or photographers is the time required for calibration. The EIZO CG2700X takes a maximum of three minutes to become color stable, that is, from the start of the screen to the fact that you can completely trust the color, which is very fast.

The calibration itself is also fast, between one to three minutes depending on the computer, which can also be categorized as fast. Another big plus is that you can continue to work with your computer and monitor during continuous calibration, which not all monitors can handle. What happens next is that the built-in calibrator folds down from the top of the screen and reads the colors displayed to it, then into a dedicated area, which is a surface you can’t use for on-screen display as the calibrator uses it during a calibration. 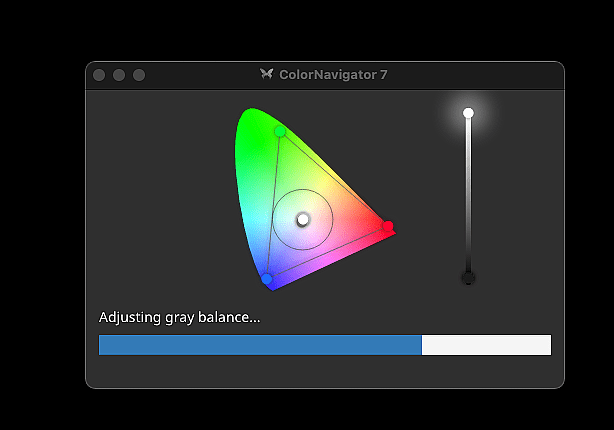 The screen also calibrates itself, so you can think of “set up and forget” and then perform this step during the night, for example. All calibration data is saved to the same screen, which means you don’t have to re-calibrate if you use different computers.

To help, there is EIZO’s Color Navigator 7, which offers plenty of options for making adjustments. Here you can manage the calibration according to the goals, which means that you can count on the monitor that actually displays, for example, Adobe RGB correctly, or other modes for those who work in other color spaces for different purposes. For those who also work with different screen profiles, they can also be set directly on the screen via the buttons.

For those who do video estimating or editing, there is also a possibility to indicate what the BT.2020 color space looks like in the BT.709 color space by declaring the color out of the target space. A similar warning is also available through the luminance warning, which tells you when parts of an image cannot be displayed correctly using the selected lighting settings. These means can help a lot for those who work under these conditions and want to control the end result.

An advantage of this is the ability to connect external monitors and even see these warnings, i.e. when color cannot be reproduced correctly, if a correct signal with color space information is sent to the CG2700X. So there is also an option to allow the signal to be synchronized with the source on its own, which is useful if different input devices are used.

The CG2700X also features a 4K zoom, which means you can choose to zoom in on the four corners of the screen to closely examine the image or the car’s watch. When we test the functionality, you just choose the settings to zoom in on the screen’s menu system, and it’s easy to adjust. Features are also available for 4K cropping, which gives you control over how 4K video material is cropped to get a 1:1 representation of the movie against screen pixels. 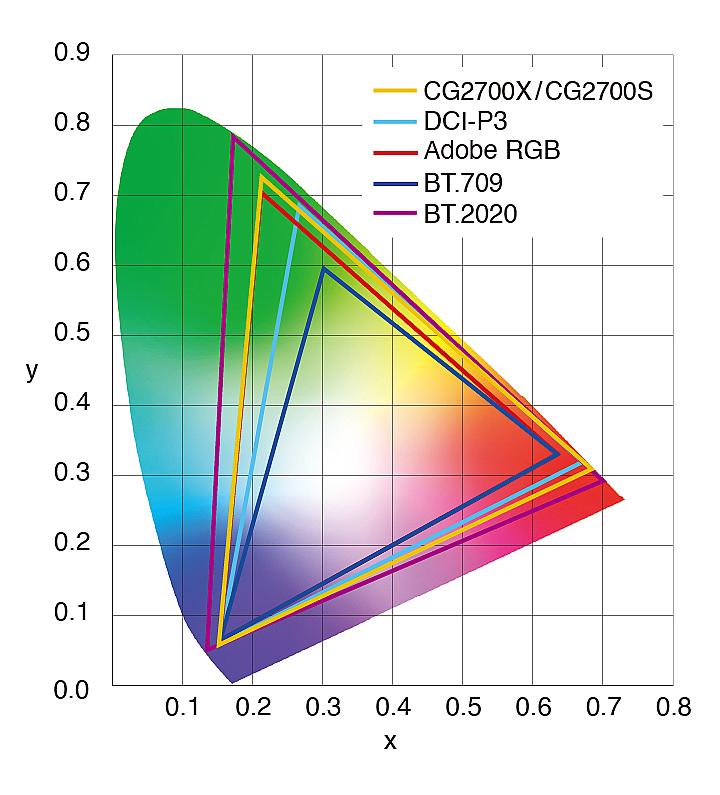 The screen’s large color gamut and advanced computing power with 3D-LUT also allow tone transitions to be displayed in 10-bit color. In this way, the colors can be adjusted individually, giving an even gradation and color transitions that become soft. For the photographer, these transitions play a role, and then they must also be presented correctly.

When we validate our calibration, we end up with dE values ​​of less than 1 – just like the CG2700S when we tested it – which means the monitor does well at displaying colors correctly, as well as achieving the specified color temperature and brightness with the specified target settings.

On the other hand, in a darkened room it is possible to see the light from the panel, which appears mainly in the lower right corner. Compared to the same test for the CG2700S, the CG2700X looks better, with the S version showing the same light input to all angles. This does not affect the performance of the screen in terms of uniformity, nor is it something that bothers you.

With 4K resolution, you get a really detailed and beautiful picture, something those who look at images close to the screen can see as an advantage. If you look at photos from a normal distance, the difference is much smaller, although personally I think it could be interesting to see the details more clearly for the photos I project on the screen.

But for those who use their monitor to categorize and color-modify movie material in 4K format, this monitor has a lot to offer. The image is displayed pixel by pixel, and as a viewer you have complete control over color and detail reproduction. In addition, it is possible to set the threshold value for the luminance warning with different specific values, which means that you can choose from a few settings for the threshold (up to 500 nits) when displaying the warning. You can also choose to crop or compress the color space for rendering, which allows you to display HDR material at 500 nits or more as it will be perceived across the compressed color space.

Quick and accurate calibration with the built-in calibration tool means you just have to forego color management and let the monitor do the work, and the CG2700X does it so fast, you as a fiddler or photographer can focus on creating and editing.

In short, this monitor is for anyone who works seriously with photos or video, but if you’re completely unconcerned about higher resolutions or won’t work with a 4K movie, the CG2700S has features close to like these.

All functionality along with correct color reproduction give this monitor a “First Class” award.