This model from Samsung has a lot to achieve. Namely, it grabbed the baton after last year’s Q80T, which we called TV of the Year in the premium class. It looks like the 2021 model has been in a tough practice, because inside it has a number of great picture features – including an all-new backlight with MiniLED technology. It’s also available in a variety of screen sizes, from 50 to 85 inches. The more the better…

This silver colored Samsung monitor features a stylish and elegant design with a center-mounted base. The base is relatively narrow (about 30 cm), so that the TV fits well on a narrow bench. The back is kept clean and neat, as the cables can be lowered through a groove and down through the base.

The QN85A powers Samsung’s proprietary user interface (Tizen) which has a wide range of applications and above all is easy to use. Installation is quick via mobile, and all the apps you use often can be placed on an easily accessible menu bar.

The QN85A also has a new Samsung remote control with USB and solar cell charging, so you don’t have to think about changing the battery. The remote control uses bluetooth and we note that the TV responds quickly to commands – the fastest in our test. 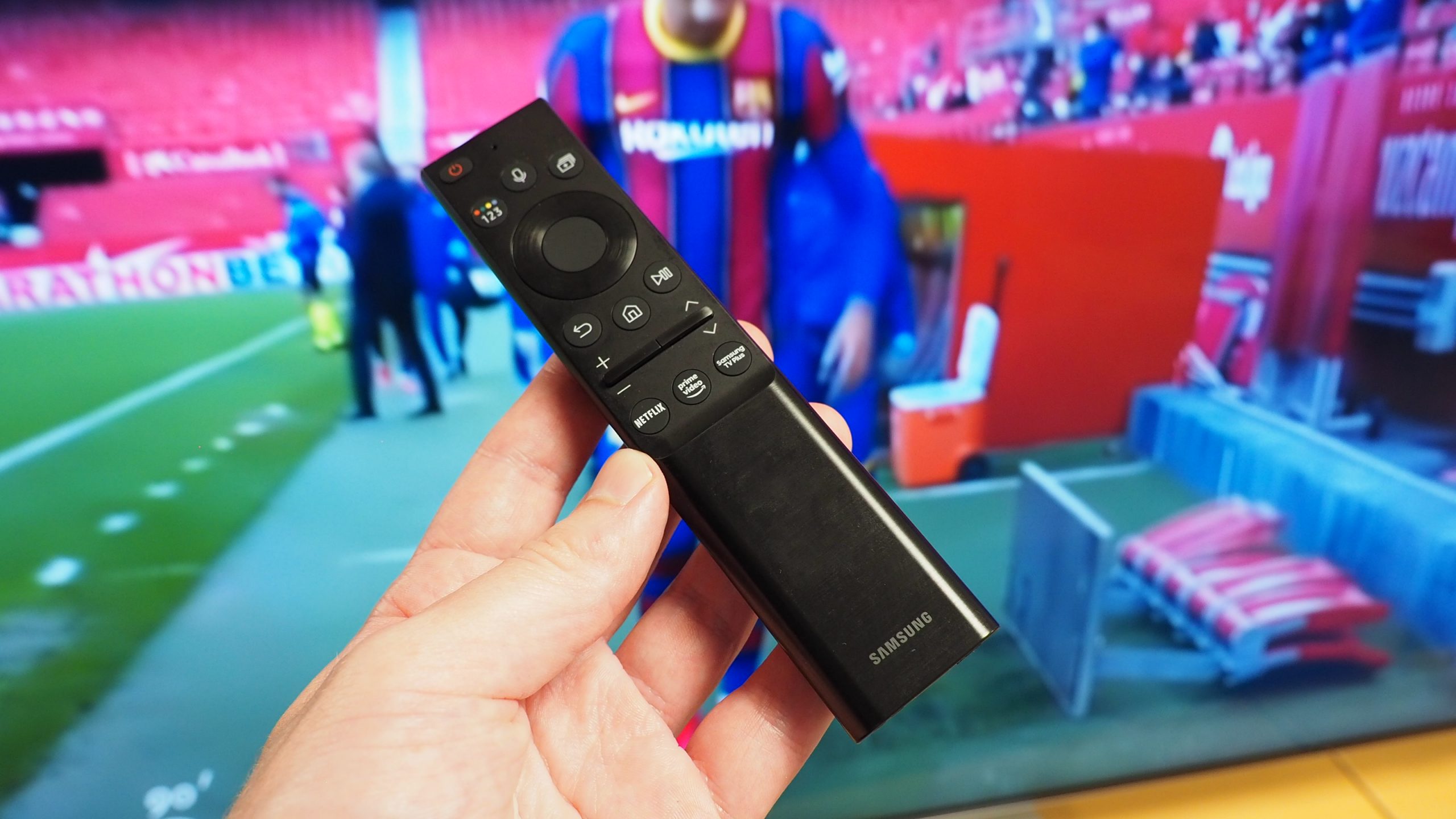 In terms of connections, the QN85A has four HDMI inputs, two of which support the 2.1 standard. Note that if you use a connector as an audio output, you’ll only have one input left for modern game consoles. But this is enough for most people. The Samsung monitor also got a special Game Bar menu, which helps you keep track of the most important game settings.

Samsung doesn’t have as wide format support as competitors from Panasonic, LG, and Sony, and the HDR Dolby Vision format especially shines with its absence. This isn’t a straightforward crisis, but it could mean that some content from Netflix and Apple TV, among others, isn’t looking its best.

The QN85A is the smallest in Samsung’s new Neo QLED family, which means it’s equipped with the new MiniLED backlight. Thousands of tiny LEDs should provide accurate light distribution and strong contrast. This is a much more advanced technology than we find on the Sony X90J, which uses traditional (large) LEDs.

Admittedly, the QN85A should handle slightly fewer LED areas than the top-of-the-line QN95A model, which we tested before, and has another IPS LCD panel, which is unusual for Samsung. IPS panels usually offer a slightly worse contrast than the so-called VA LCD panels we’re used to seeing from Samsung. On the other hand, IPS has a broader perspective. And this is not a defect, especially when watching sports! 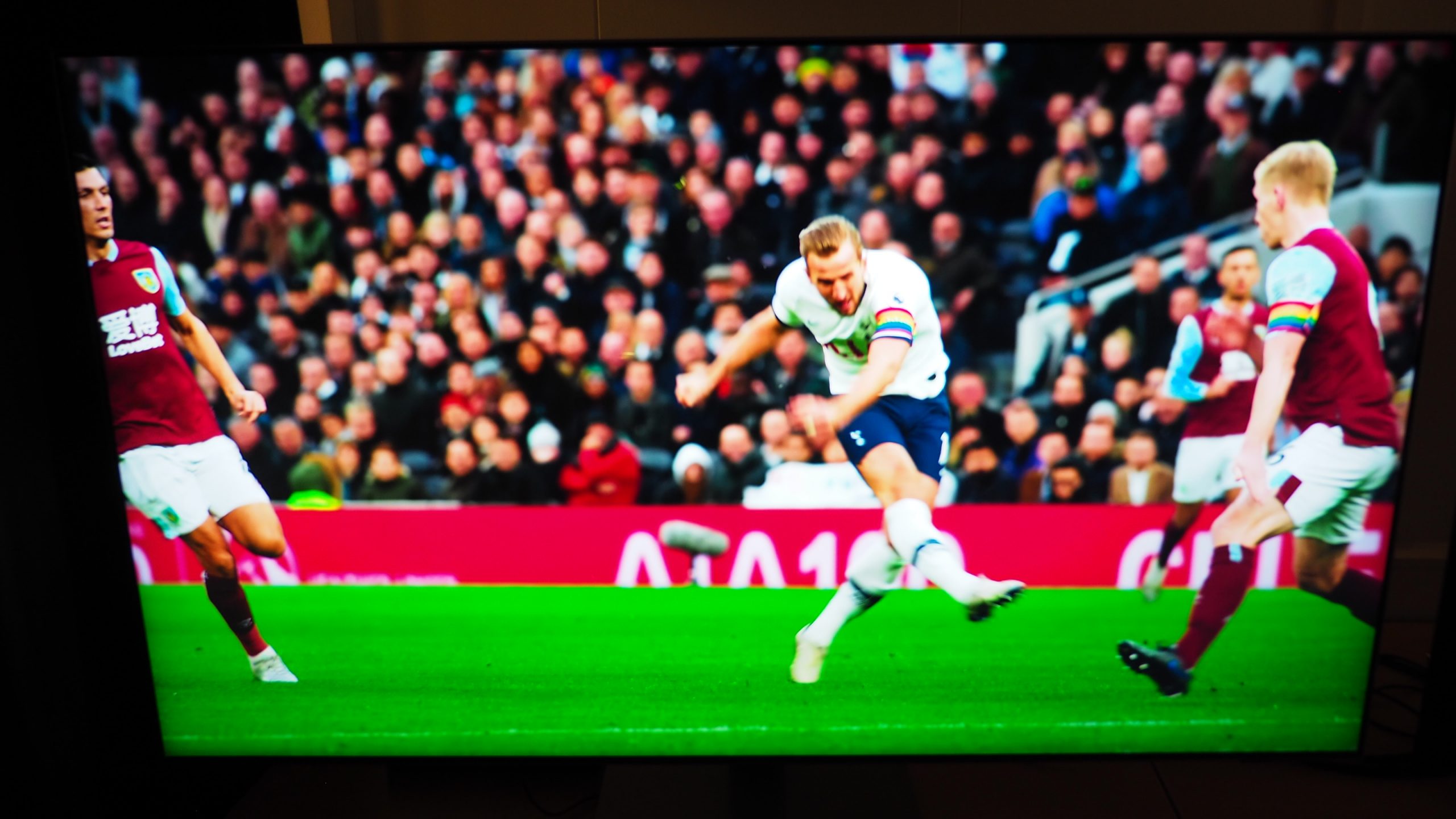 Of course, we were eager to see how Samsung’s display would look with football and other sports, and we weren’t disappointed: First, the QN85A has basically strong brightness, which really brings out all the action on the pitch, even when it’s super bright. in the room. And the funny thing is that it also has real blackness! The light distribution is so precise, the screen can be more or less turned off when needed, which means the contrast gets a real boost.

Juicy contrast also contributes to the fact that QN85A has extremely strong and accurate color reproduction. The combination of MiniLED and IPS looks very successful, the colors retain strength even when we look at the screen from the side. The green grass and uniforms of the players radiate towards us with captivating glow and realism. 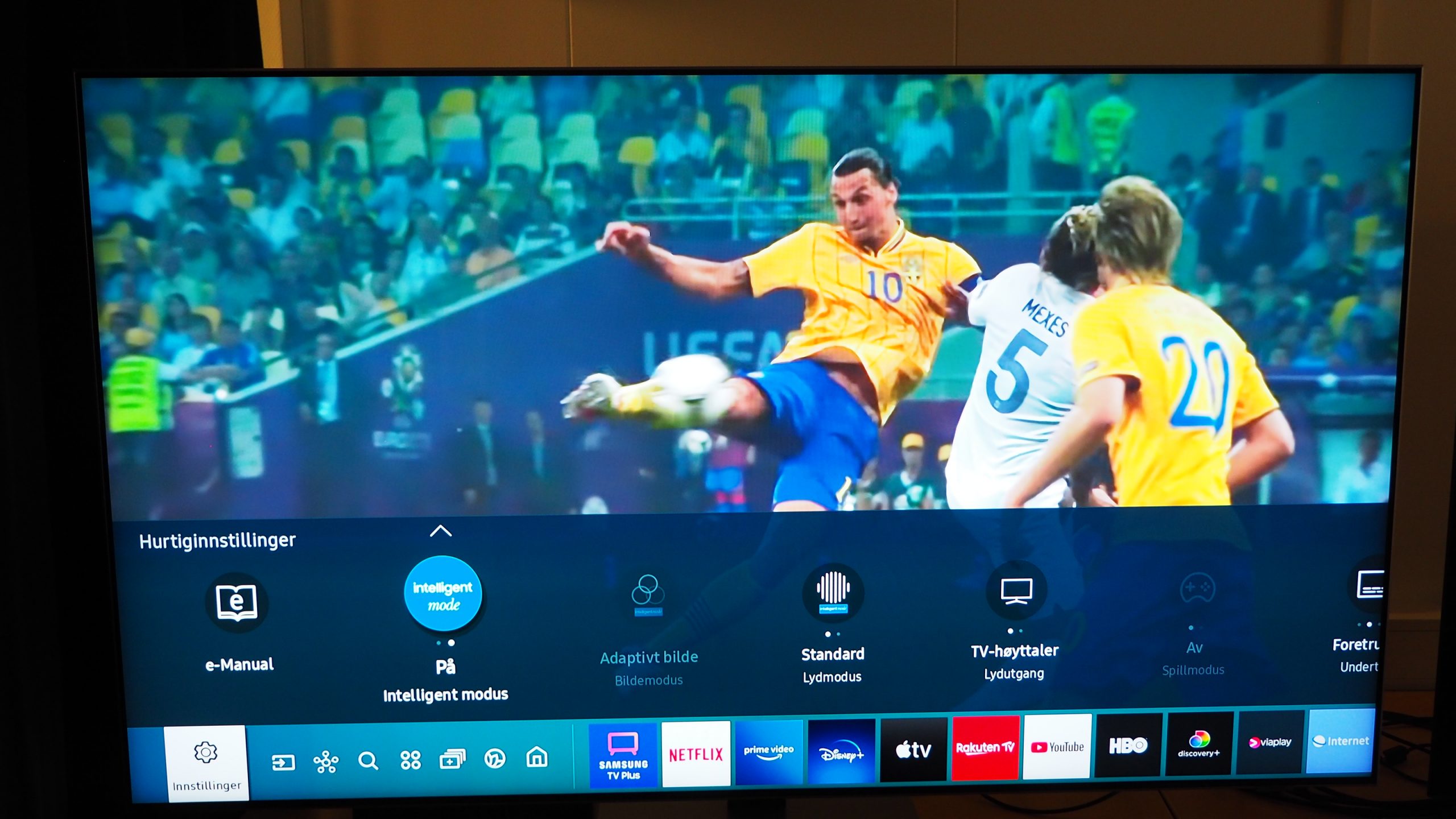 The Samsung display does not have a special sports mode, however, there is a so-called adaptive picture mode that recognizes video content and adapts to the conditions. For die-hard film critics, it’s of course nice to be able to use the more neutral filmmaker mode, but we’ve found that the adaptive mode works well with sports thanks to the extra strong colors and above all soft movements. All in all, a great TV to watch the European Football Championship!

The QN85A is equipped with a slightly upgraded sound system, with speakers at the bottom and back of the display. It gives a large and relatively airy sound picture. The sound quality is actually among the best in the test, with nice fullness to the base and clarity in the lighter tones. Of course, it would be better if you connect separate speakers. 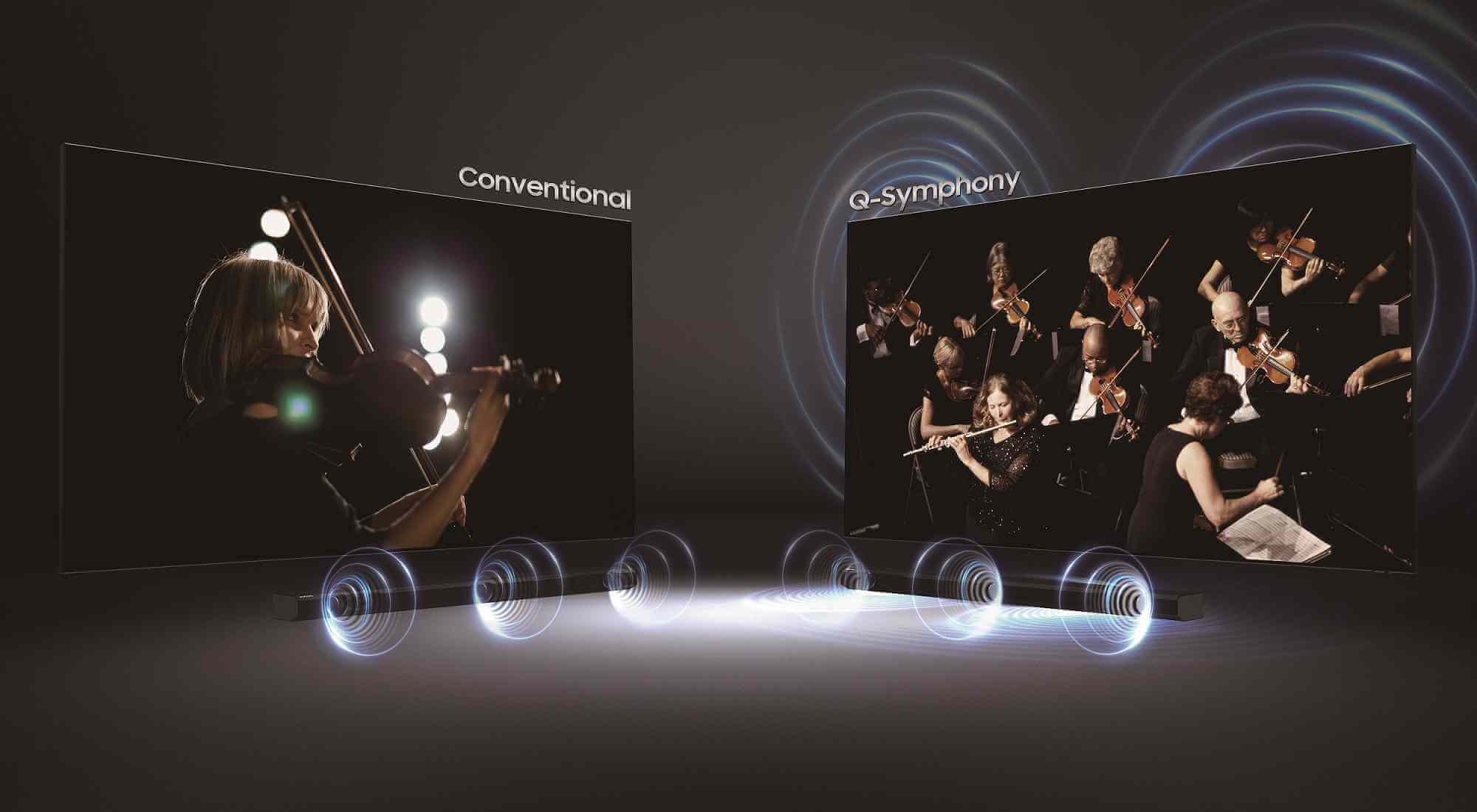 If you connect the TV to one of Samsung’s newer speakers, you can use it with the TV’s speakers and get a bigger sound picture. Samsung calls this feature Q Symphony.

The Samsung QN85A is an excellent TV for sports and other entertainment. This Neo QLED model has good image processing that delivers sharp and even motions, and the strong brightness makes for excellent TV viewing in daylight without having to worry about a blurry picture. Thanks to the precise MiniLED backlight, contrast and blacks shine too – just right for series and movies in the evening. Samsung Display also has super fast Smart TV functionality and a well-diversified app suite. Very good buy in premium class!