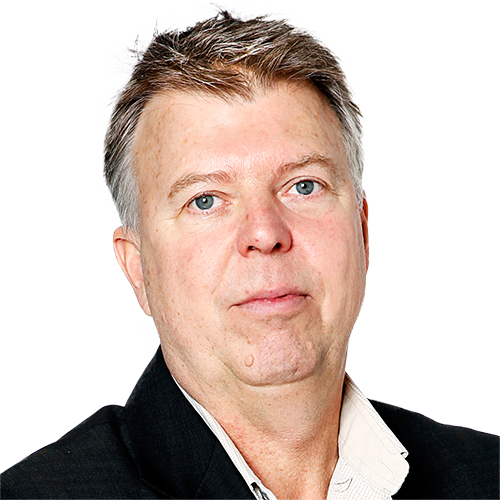 But the case raises an important question.

Is it plausible that a few giant corporations actually have power over free speech?

When he was suspended from work after inciting the storming of the Capitol on January 6, Trump tried to downplay the ban. He will at least start his own social platform and earn money through it or find other ways to connect with his constituents.

His attempt ended in an embarrassing defeat.

The blog he started didn’t get any visitors at all and he quietly closed it down after 29 days.

In other respects, he was referred to email “press releases” from his Save America affiliate. Flammable messages are very reminiscent of his tweets with the difference that they are sometimes longer.

Thanks to his popularity, Trump was able to retain power over the Republican Party, but he lost daily contact with his voters and the millions of other people in the United States and around the world who followed his accounts.

He was not forgotten but almost completely disappeared from the US and other media around the world. His influence on politics and public debate has been weakened.

But it’s entirely possible that he will be the Republican nominee again in the 2024 presidential election, and so it’s still important to know the reasons for that.

I got a yellow card

Somehow, of course, it was entirely plausible that Facebook and Twitter would at least shut down Trump temporarily. Use the platforms to spread outright lies about alleged election fraud. This is despite the fact that all courts and other institutions have vehemently rejected the allegations of fraud.

He also received a yellow card when some of his tweets were fitted with warning texts. Before the red came to incite.

Trump’s lawsuit against Twitter, Facebook and Google is an almost desperate attempt to force them to let him back in. The former president realized how much he was losing influence by commenting.

His chances of getting it right are very slim.

Freedom of expression is constitutional, but at the same time private companies are free to set their own terms for what might happen on their platforms.

At the same time, many Americans, and citizens of other countries for that matter, are skeptical of the giants’ role as policemen for free speech. Is it really plausible that they would have that power?

Not least among Trump voters, there is a widespread perception that they are abusing their power. In the USA, at the beginning of the year, I met many people who were either suspended or had their records deleted and were deemed to have been muzzled.

The social media giants have a dilemma. They are required to stop sheer lies, hate and racism. But when they act, they rarely think much, they get criticized for that too.

But if they don’t evaluate themselves, who will? Is any kind of organization needed? The European Commission, for example, has submitted proposals for new laws that will govern what may happen on social platforms.

The question is complex but ultimately requires an answer in the form of regulation or legislation.

The chance or risk, depending on which way you see it, that Trump’s lawsuit never leads to prosecution is imminent, but he could still take advantage of it.

He is drawing attention and reminding his voters of the prevailing view in the Trump battalion of the Republican Party, that social media treats them differently in a negative way.

He also gets a chance to collect more money. On the website, he began urging others to support the lawsuit, takeonbigtech.com, and the first thing that appears is a button to donate money to Trump’s premier American Policy Institute.

SL on SD’s ‘Repatriation Train’: Might have to look at it again