Getting a solid foothold and what can be considered good products for desktop computers can be considered much easier than laptops. This is something AMD is facing with its Ryzen processors, which on the desktop side in a span of two years have managed to catch Intel on the nose, while the edges in laptops can be considered a hit even with obvious advantages and disadvantages among the alternatives.

Laptops in particular are also a rising area, not least the gamesmodels, which is why AMD is also investing heavily here. During CES 2022, the company launched a new generation of processors in the Ryzen 6000 series, with AMD promising improvements in all aspects – performance, power efficiency, battery life and features. 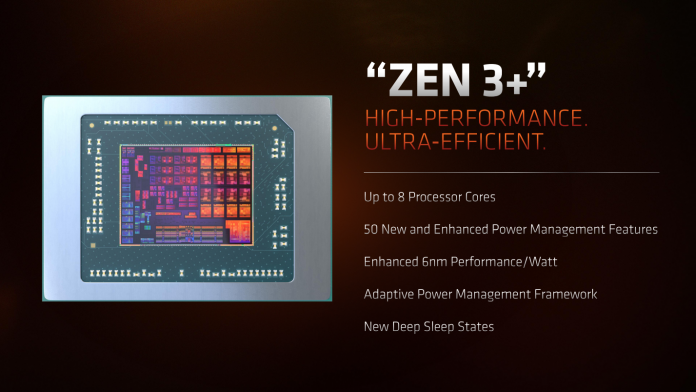 The new Ryzen 6000 series is codenamed “Rembrandt” and in the center is the Zen 3+ architecture, which, however, does not have architectural improvements in terms of instructions per clock cycle (IPC). The improvements relate exclusively to more and better power-saving functions, something that in addition to longer battery life still leads to performance improvements as processors are able to maintain higher clock frequencies over time.

By far the most important news is the integrated graphics part, which finally takes a step from the legacy Vega architecture to RDNA 2. The number of simultaneous computing units increases from 8 to 12 for a total of 768 stream processors, at the same time AMD gives the maximum clock frequency 20 percent increase from 2.0 to 2.4 GHz.

The new power-saving functions are several ways around being able to turn off various features faster and more accurately. AMD does not make any comparisons about the expected improvements in terms of battery life, but only mentions the possibility of video playback of up to 24 hours. The second part that contributes to increasing energy efficiency is the transition to TSMC 6nm manufacturing technology. 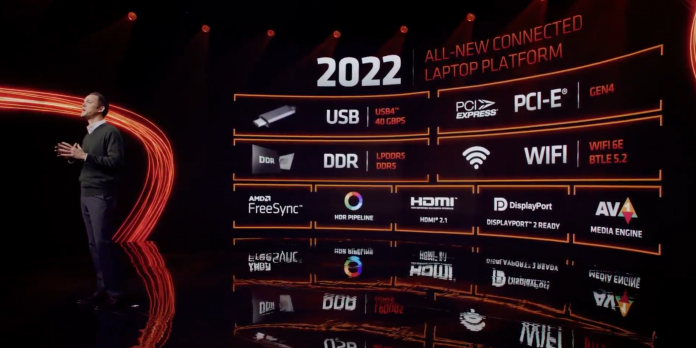 Furthermore, the Ryzen 6000 “Rembrandt” adds DDR4 memory support for documents and exclusively supports the latest DDR5 at an effective clock frequency of 5200MHz and LPDDR5 at 6400MHz. In terms of other connections, this is surrounded by USB 4 support, PCI Express takes the step from version 3.0 to 4.0 and the platform receives official support for Wifi 6E wireless networking and Bluetooth LE 5.2. This is all rounded off by extensive support video and screen-oriented features, such as AV1, HDMI 2.1 and Displayport 2.0.

The first laptops with Ryzen 6000 processors will be launched in February 2022.