American police have a long love story with Ford. From the “old” Crown Victoria to the Explorer-based police interceptor.

But the love seems to be over now. In the annual Police Model Year Assessment, the Mustang Mac-E was pitted against variants of the Chevrolet Tahoe, Dodge Charger, Durango Pursuit, the aforementioned Police Interceptor and the F-150.

And it didn’t end well for the electric car.

The Ford Mustang Mach-E leads when it comes to acceleration and braking. The police ranked baggage opening (!) in second place and the car came in third in terms of pedal size (!!) and seating position. Low operating costs were also noted.

But then the praise ended. In all the other parts, Mach-E ended up last or second.

This evaluation included the rear seat, clarity in controls and instruments, top speed and driving dynamics.

Dynamic performance wasn’t the only problem. The Mach-E was also rated the least comfortable and least useful in many respects, due in part to the worst seat, possibly due to the car’s cabin-like roof.

Police in the UK are currently evaluating a conceptual version of the Mustang Mach-E for police use. The British police also conducted a test of the Tesla Model 3, which (according to the manufacturer itself) turned out to be very satisfying. 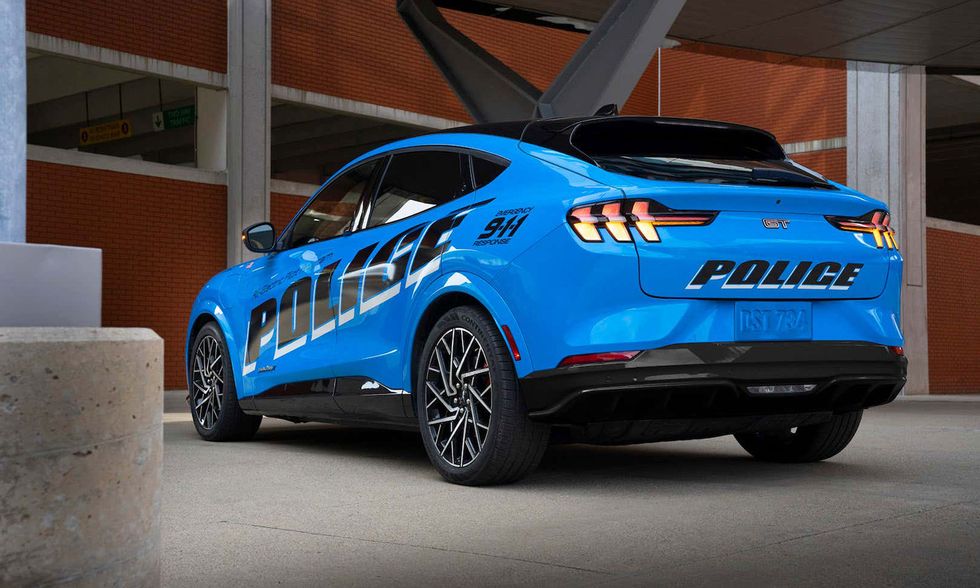 EC Bronze for Sweden in the Mixed Final