S22 Ultra is a phone that combines the best that Samsung has to offer. The design is different from the rest of the S22 series, but the features and content are also different. Better cameras, a better screen, and a built-in pen compartment that not only lets you take notes and draw with precision, but also acts as a phone remote control whenever you want.

The back of the phone has four cameras with a resolution of 108, 12, 12 and 10 megapixels, including a wide-angle lens, 3x and 10x optical zoom and optical image stabilization. The selfie camera has a resolution of 40 MP.

It’s easy to see that the S22 Ultra brings with it the best of Samsung’s camera experience. Of course, maximum resolution and zoom are combined here, just as we expect, with good dark properties, a sharp portrait mode and also a number of more or less creative functions and post-processing options.

Due to the computing power of the phone, the photo experience does not end when the photo is taken. exactly the contrary. When AI, AI, came into phones, it was sometimes hard to tell what benefit it would bring. Now it is becoming clearer. On the Samsung Galaxy S22 Ultra, for example, I get suggestions in the Gallery app on how to improve the phone for the photos I’ve taken.

I still remember how previous Samsung phones reminded me to clean the camera lens when I noticed it was dirty, if I noticed the picture on it someone was blinking and such. With suggestions in the Gallery app, the phone can, for example, reduce noise it detects and improve brightness.

A bad photo is often a bad photo, and a phone, for example, draws my attention to the shortcomings of a photo I took with a shutter speed of ten seconds, a photo that is blurred by movement beyond what can be saved. Minor flaws, the phone has more chances to correct them.

It is clear that even at camera time, there are more or less clever algorithms that influence. I note this favorably in portrait mode where AI contributes. Here, technology ensures that the borders between sharp shapes and blurry backgrounds are correct and often have difficult borders like hair on a chaotic background. However, it is still noted that it is a specifically mechanistic interpretation and that this interpretation can be erroneous. I notice this when the camera accidentally erases the spoon I’m holding that I’m photographing. Perhaps a reflection has occurred in the spoon and then tricks the camera into being further away from it and therefore should be blurred.

Because while AI can be useful, there are instances where I as a user feel I’m smarter than this “smart”. One of the news in the camera application we find in the video mode and it is called auto framing. By searching for faces in the photo and at the same time using all lenses, both zoom and wide angle, the camera ensures that everyone, up to ten people, stays in the photo. If they spread out, the camera app would zoom in, and if they got smaller, the app would zoom in on the few or few remaining in the subject. The results of this camera are surprising and worse than anyone could achieve and I don’t see the feature as solving any problem. Sure, the camera really does recognize many people in the photo, but one person still has to hold the camera and that person is guaranteed to do a better job of the camera’s automatic function. 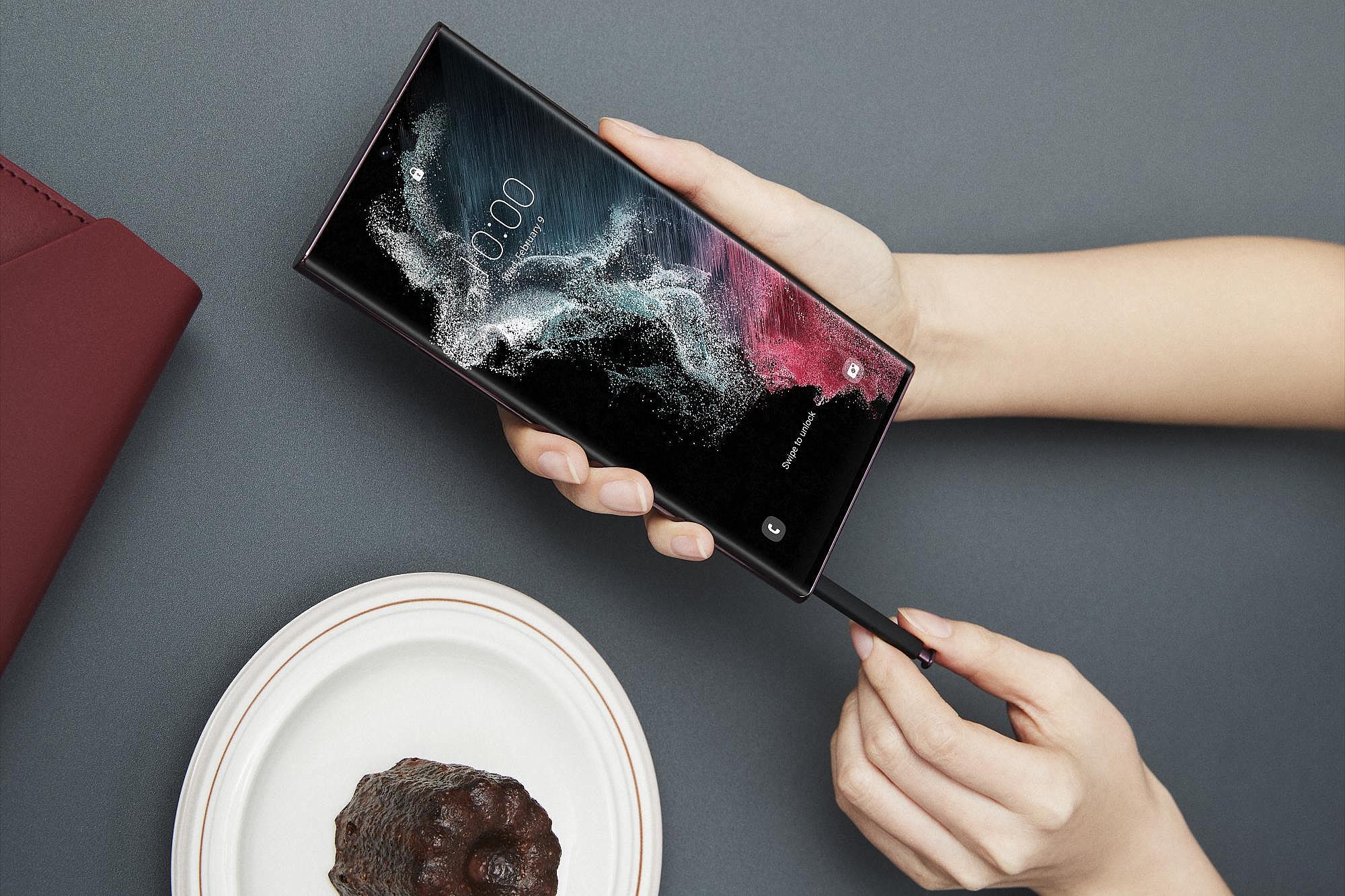 One of the features of the prestige camera system is of course the zoom that allows you to zoom in 100 times. It’s a combination of real optical zoom and software that gets better, but in practice it means, for example, that I can zoom in on the moon’s surface and when I zoom in fully I get a sharp image where the craters are clearly visible. However, how good the zoom photos are will depend on the subject.

Here it is as if the software’s sometimes flawed interpretations of what you see come into play. Because if the moon is relatively easy to spot, it is not at all certain that the camera will take good, sharp pictures if you zoom in 100 times, for example, an interface or other details here on Earth. Up to about 30 times the zoom ratio, all the photos will be fine, but with a higher zoom, the result will have a greater chance.

The high-resolution sensor in your phone allows you to record video with a resolution of up to 8K. What is more interesting and useful is to use the sensor instead to shoot at a lower resolution but then with reduced vibration so that the film, even if you are walking while shooting, is completely stable.

A clear victory for Taylor Green – criticizes the ‘Vampire Establishment’