The Copernicus Atmospheric Monitoring Service closely monitors wildfire activities in the eastern Mediterranean. In Turkey and southern Italy, EAS data shows that forest fire emissions and intensity are increasing rapidly and that countries such as Morocco, Albania, Greece, North Macedonia and Lebanon are also affected. 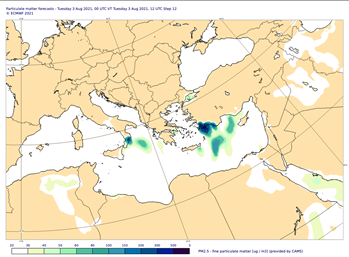 Copernicus Atmospheric Monitoring Service (CAMS)The European Center for Medium-Range Weather Forecasts on behalf of the European Commission and funded by the European Union monitored dangerous forest fires in the Mediterranean, with some fires burning near coastal areas and leading to evacuations. Smoke from the fires can be seen in satellite images passing through the eastern Mediterranean from southern Turkey.

As Southeast Europe is currently experiencing a heat wave, the risk of fire remains high in the region, especially in large parts of Turkey and around the Mediterranean. EAS data show that the total daily fire radiation (RFP) effect for Turkey has reached unprecedented values ​​in the entire data set, going back to 2003. Furthermore, EAS researchers report that wildfires emit large amounts of smoke pollutants into the atmosphere. Predictions of aerosol optical depth and surface PM2.5 concentrations from EAS show high values ​​in Turkey and across the eastern Mediterranean, reflecting the severity of the fires. In addition, other neighboring countries are increasingly affected by fires. Several forest fires have also broken out in Italy, Albania, Morocco, Greece, North Macedonia and Lebanon since the end of July. The heat wave increases the risk of fire in this area. 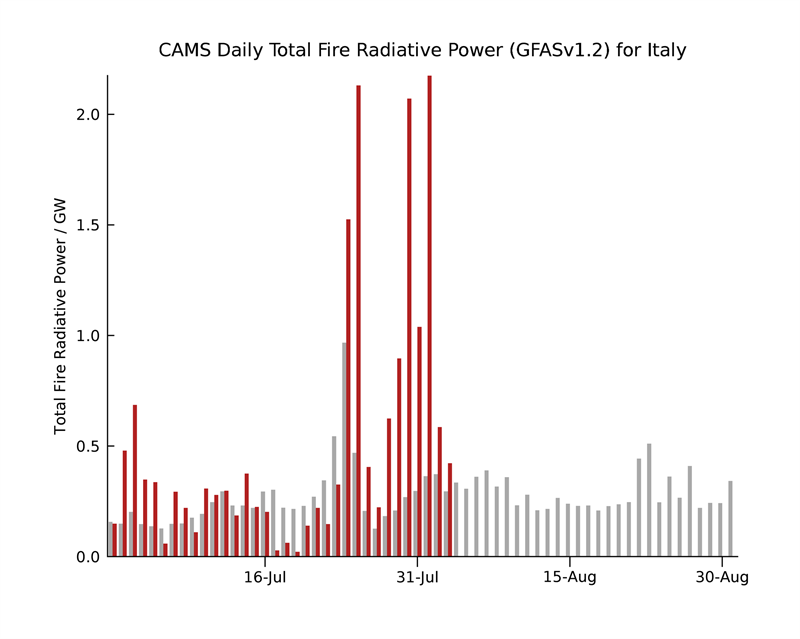 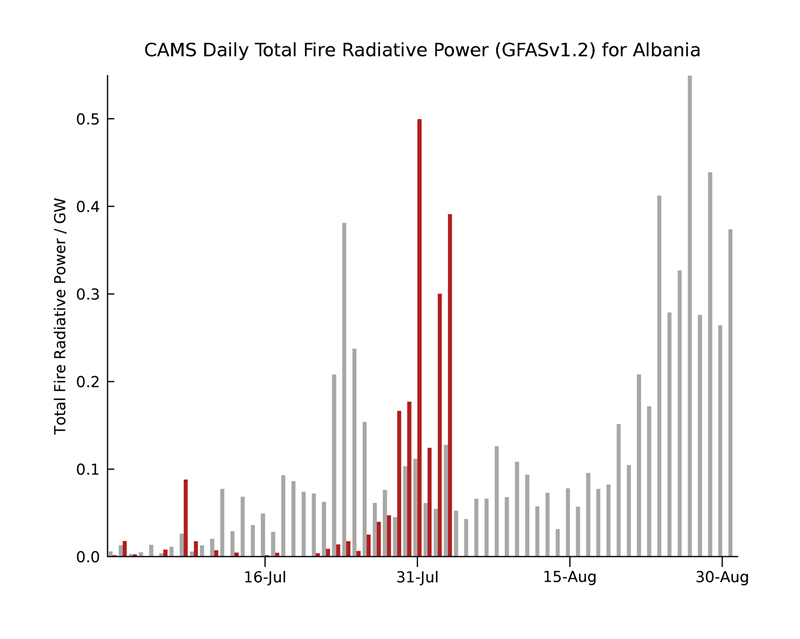 Mark Barrington, Principal Investigator and Forest Fire Expert at ECMWF, Copernicus Atmospheric Monitoring Service, commented: “We are closely monitoring the intensity of the fires in Turkey and around the Mediterranean and their effects on the atmosphere. It is especially important to monitor these high intensity fires. Carefully because smoke from them can affect air quality both locally and in the direction of the wind. Our data provides near-real-time information on the intensity and impacts of fires more broadly, such as the effects of their smoke emissions and their impact on air quality.” The ECMWF Fire Forecasting System (GEFF) provides risk The Fire Forecast of the Copernicus Emergency Service. Forecasts show very high values ​​to extremes for southeastern Europe. This is not uncommon at this time of year, but heat waves in the area also pose significant risks for fires to spread quickly. Fires also need to ignite, which cannot be explained by hot and dry conditions alone, but rather a combination of several factors including human actions. 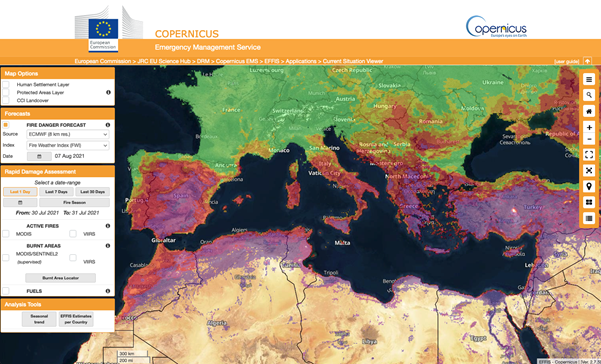 The GEFF fire risk forecast began on July 31, 2021 and shows an “extremely severe” level (purple shading) around the Mediterranean that is applied on August 7. Source: EFFIS

More information on wildfires in the Northern Hemisphere in the summer of 2021 can be found here: https://atmosphere.copernicus.eu/large-wildfires-across-n northern-hemisphere

You can find more information about fire monitoring in the CAMS Wildfire Questions and Answers: https://atmosphere.copernicus.eu/qa-wildfires

Copernicus is part of the European Union’s Space Programme, funded by the European Union, the flagship Earth observation programme. The operation operates through six thematic services: Atmosphere, Marine, Land, Climate Change, Security and Emergencies. It provides freely available data and operational services that provide users with reliable and up-to-date information about our planet and its environment. The program is coordinated and managed by the European Commission and implemented in partnership with Member States, the European Space Agency (ESA), the European Organization for the Exploitation of Meteorological Satellites (EUMTSAT), the European Center for Medium Distance Forecasting (ECMWF), European Union agencies, Mercator Océan and more.

ECMWF is increasing the number of places in which it does business. In addition to the main office in the UK and the computing center in Italy, new offices focusing on activities implemented in partnership with the European Union, such as Copernicus, will be located in Bonn, Germany starting in the summer of 2021.