The state of New South Wales in Australia is entering a strict lockdown to limit the spread of infection.

Residents had less than an hour to prepare and storm the shops.

Welcome to Nazi Germany, the mayor of Western Sydney writes on Twitter.

Shelves are empty in stores, especially those with toilet paper.

Outside, the queues are long and the doors are guarded by the police.

Due to the increased spread of infection, the Australian state of New South Wales is closing everything for a week and people are acting in a panic, according to reports. News.com.au. Although stores are allowed to stay open.

Residents were informed an hour and a half before the curfew came into effect. In some cities, the desperation is so great that someone has tried to sell their place on Facebook’s waiting list, according to News.com.au.

In the past 24 hours, the state recorded 467 new cases of COVID-19. It is being called the worst day ever and it has caused a reaction from the medical associations and authorities.

But not everyone is equally concerned about the spread of infection. Mayor of the western parts of the city Sydney In New South Wales, Steve Christo is against the lockdown.

Christo was criticized by the police minister, among others, who called the statement “the ugliest thing I’ve seen in my 35 years in politics” and demands that the mayor apologize and resign. 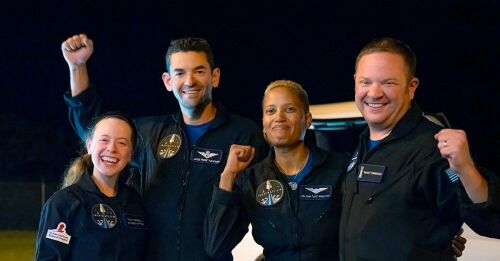