The first images of the upcoming Fitbit Sense 2 and Versa 4 smartwatches have surfaced, showing off relatively classics but not without changes.

The Fitbit Sense 2 generally appears similar to its predecessor from 2020, but the ring used, among other things, to record the electrocardiogram is gone and the sensors are placed in the screen itself. Another change is that the watch has received a physical button instead of the touch button that was included in the case of the predecessor. Even the underside shows a different build of the built-in sensors, and markings reveal that the device will have an electrocardiogram, temperature sensor, and GPS, as well as water resistance to 50 metres.

The Fitbit Versa 4 has a design very reminiscent of the more luxurious Sense 2 with its rounded shapes and physical buttons on the case. However, it will not provide an electrocardiogram or a temperature sensor, but it does have GPS and should withstand water up to 50 meters deep. 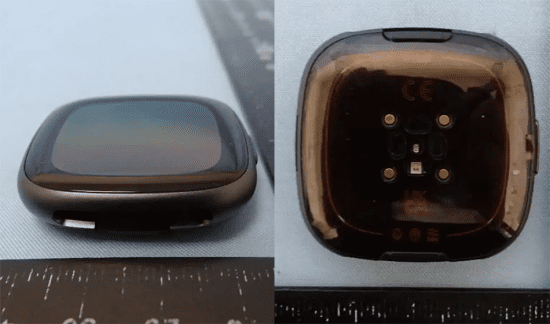 Fitbit hasn’t said anything about any launch plans for the two devices, but it could end up in direct competition with Google’s Pixel Watch smartwatch that’s supposed to launch later this year – where Google owns Fitbit.