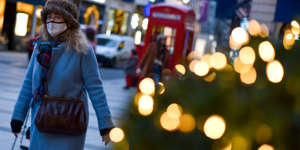 The UK has only ten days to buy truckers to deliver the goods – otherwise the Christmas trade is seriously threatened. The warning came from the country’s retail sector, Reuters wrote.

Heavy truck drivers are the glue that holds our supply chain together. Without them, we cannot move goods from farms to shops and stores, says Andrew Opie of the British Retail Consortium, according to the news agency.

The shortage of drivers has contributed, among other things, to a significant and, in some places, restriction of fuel and food supplies. Both the Associated Press and Bloomberg report on gas stations being forced to close due to empty pumps, something that in some places has caused Britons to panic about fuel and food.

Read more about the future of the UK at Omni