Microsoft has slowly but surely moved from offering software as a product, to instead offering new updates and new content on a regular basis. However, the payment models differ slightly between the different categories, with Windows 10 and the upcoming Windows 11 coming with a one-time cost, while for example Xbox Game Pass and Microsoft 365 are subscription services.

No Microsoft announces That from August 2, business users can use a new service in the border area between Windows and corporate server services, in the form of Windows 365. It is a Windows virtual computer in the cloud, which can be configured and scaled with hardware to suit different needs. Microsoft emphasizes the secure nature of the service, and assures that users can easily access the digital workplace from any device – phone or computer. 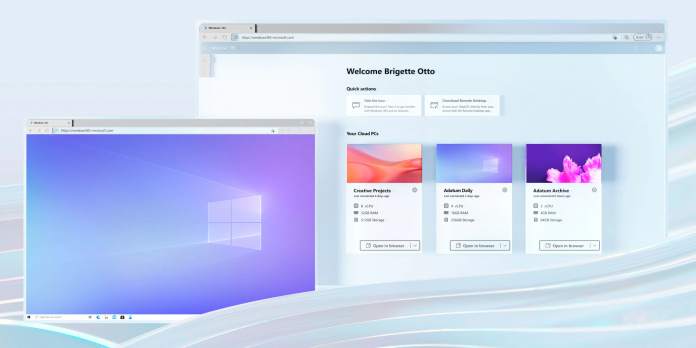 Upon launch, it features a top-of-the-line configuration of eight virtual processor cores, 16GB of base memory and 512GB of storage. According to Engadget Support for discrete graphics cards will be added in the future and more powerful system configurations will likely be available in the future. Using a streaming computer should not be very different from the local experience and also open up to switch more easily between on-site and remote work. More details and pricing information will be provided on August 1.

Microsoft already offers a similar service under the Azure brand, but according to the company, the Windows-sealed variant should be easier to use and thus attract larger and smaller organizations. On the other hand, Windows 365 is clearly focused on businesses, but it is not impossible for the service to leak to consumers in the future. Previous company-oriented Teams, for example, has become an integral part of Windows 11 and more and more software is relying on the computing power of the cloud, while streaming gaming services from many gamers have gained a foothold.

Are you considering using a virtual cloud computer at work or school, or is it something you might already be doing? Tell us in the comments thread!